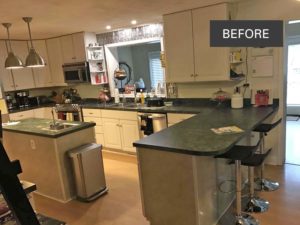 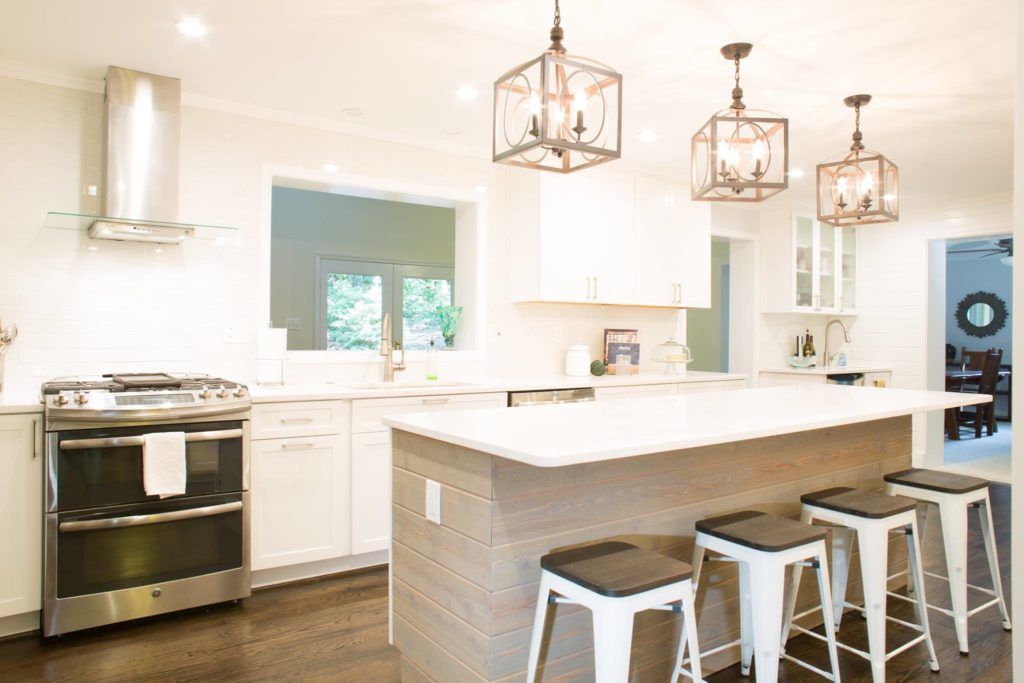 I first met with David to discuss redoing my floors, and we just clicked. I originally thought to renovate just a part of the kitchen and the floor around it, and I knew that the flooring on the main floor would present challenges. It was a mishmash of different materials because the original house was enlarged with a later addition.

David was very knowledgeable and offered various options. After speaking with him, I realized that it would be a much better idea to renovate the whole kitchen, including some other parts of the house that attached to the kitchen, because we have a very open floorplan and the kitchen is in the center of the house. Renovating just part of the kitchen would not have done the house justice and would not have been efficient.

David’s design background and his project management skills were the key to the success of this project. He is really great at catching any issues before they become big problems, and he gets things back on track quickly. Most of the renovation took place over the summer, and my boys and I would stay out of the house for weeks at a time, while David supervised the work and sent me frequent updates. Even though it was a big job, it was done practically on time, and with great respect to the rest of the house. I would sometimes stop by the house unannounced, and I was always impressed by the quality of the work and the care that the workmen took.

Throughout the renovation, David was very responsive. He was also very good at talking through the design elements and helping me visualize how something like a chandelier from a picture in a catalogue or a magazine would look in my kitchen. He even found a way to design a special locker in the kitchen where my boys put their stuff away when they come home.

It’s been two years, and they still put away their stuff every day! My boys and I love our house, but if we hadn’t redone the kitchen, we would have had to move because we needed something bigger. The new design has enlarged our living space and allowed us to stay in our home. To me, the best part is waking up early in the morning and walking into my kitchen. The counter catches the morning light and the whole kitchen sparkles. This makes me happy every day. I can’t think of one thing that I’d like David to have done differently during this renovation, and I’ve recommended him to several of my friends.